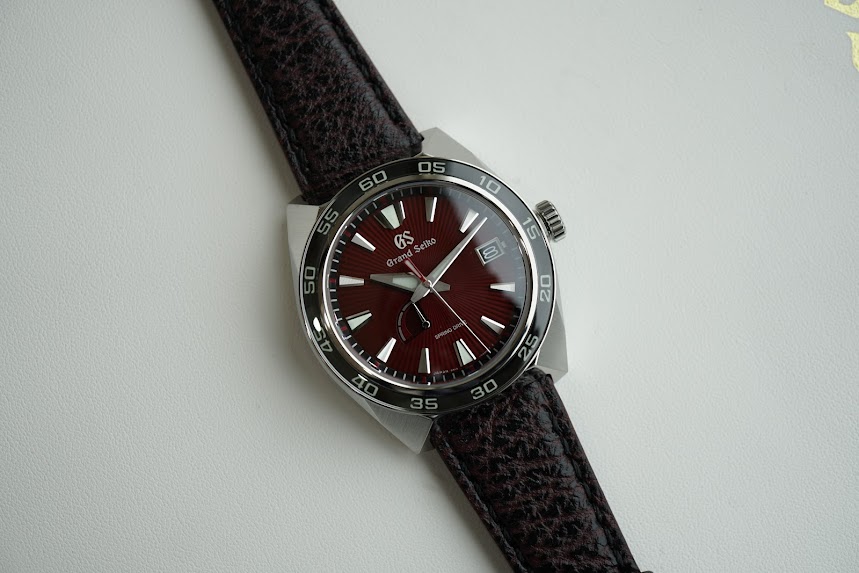 Off the bat, the red textured dial represents Godzilla's signature roar and heat ray beam that he shoots from his mouth. Its a subtle texture from far away and like many Grand Seiko dials, it appears more prominent up close. Besides the dial, the power reserve indicator, the end of the seconds hand and each hour marker on the chapter ring is highlighted in this same red. 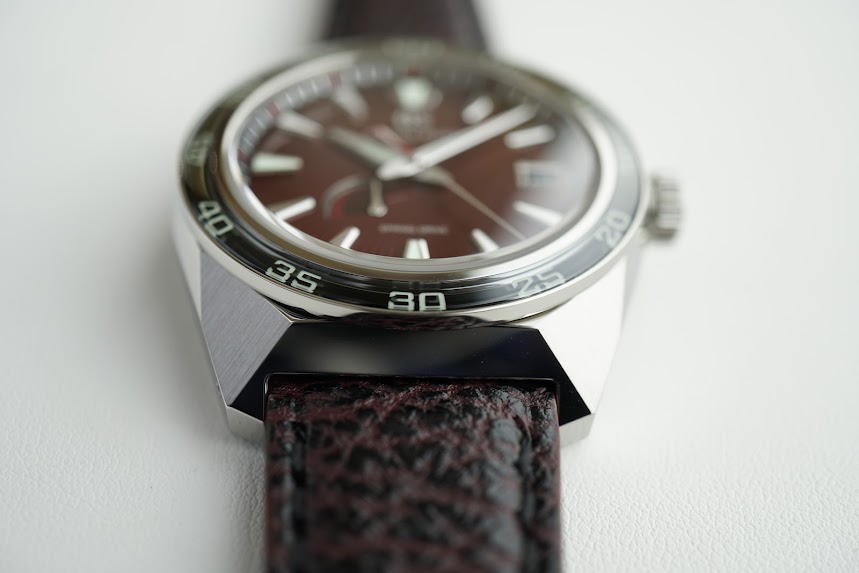 The lugs on the case feature a large flat surface with Zaratsu polishing to create the distortion free mirror-like finish. The angles of the case can also be interpreted as the claws of Godzilla. The curving of lugs also allows the watch to sit comfortably on any wrist. 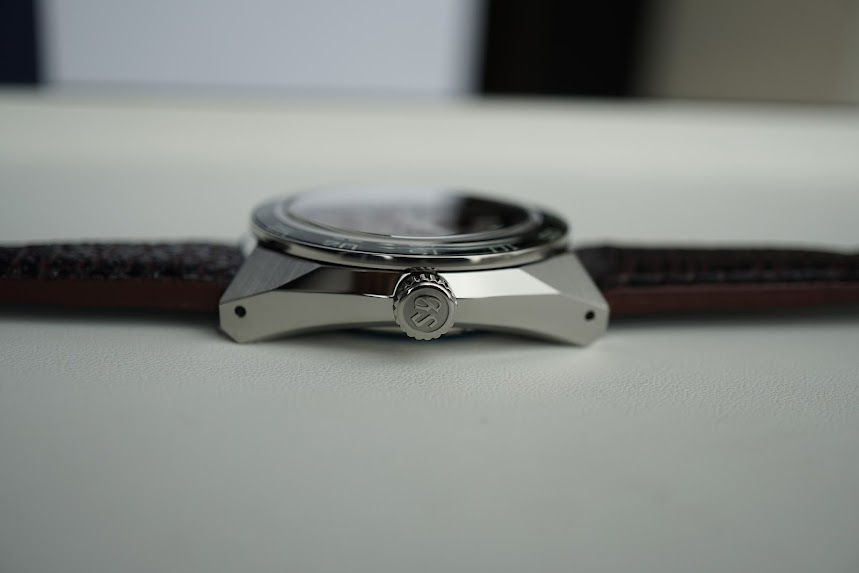 The Godzilla watch features a screw-in crown for a water resistance of 20 bar. Its large in size to accomodate for the case size which makes it easy for time setting or if you want to watch that sweet power reserve wind up. 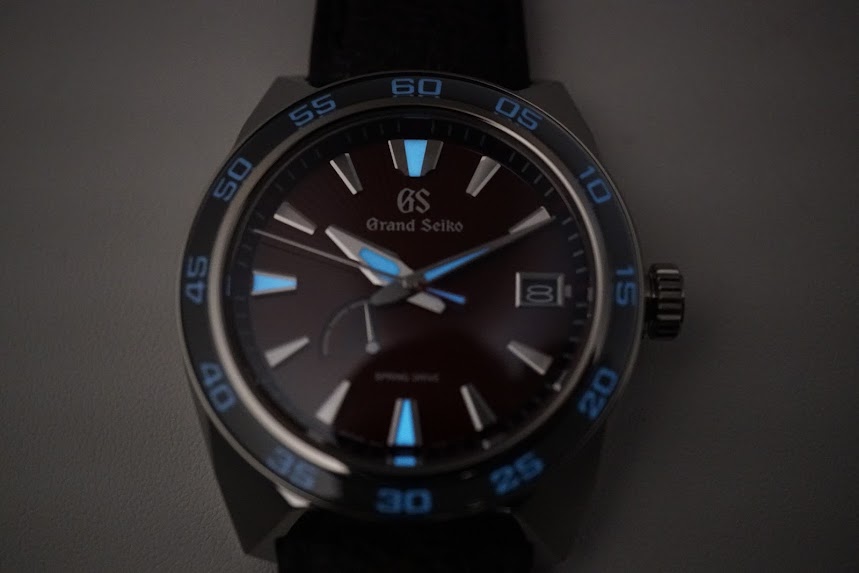 In low light conditions - the entire sapphire crystal bezelalong with the 12, 6 and 9 o'clock marker and hands are filled with blue LumiBrite making it super easy to read in any situation. The color of blue LumiBrite was also chosen to show Godzilla's blue energy blast from his mouth. 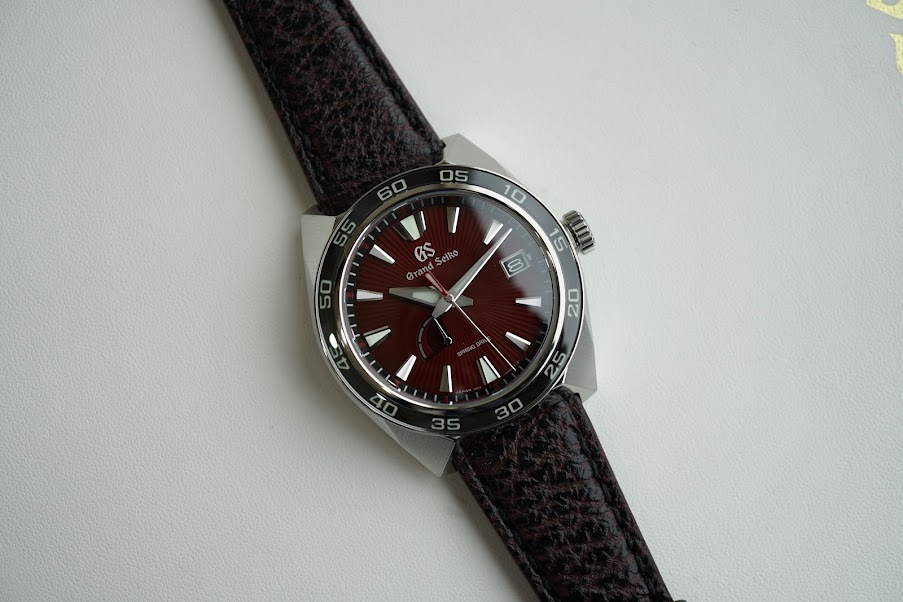 The red shark strap was adopted to display Godzilla's skin. The case is in titanium making it lightweight and the folding clasp is in stainless steel. On the caseback features the connection between Grand Seiko and Godzilla's shared history. Godzilla is shown destroying the famous clock tower above the Wako store, an iconic retail establishment of Seiko's birthplace in Ginza. The Wako store is known by many locals and tourists as the main intersection of the Ginza district. The back bezel features Godzilla's name written in Japanese Kanji, along with the limited no. out of 650 units.

Last but not least, a powerful watch should also feature a powerful movement and the Spring Drive 9R15 is just that and more. While many Grand Seiko Spring Drive watches utilize the 9R65 caliber, the 9R15 featured in the Godzilla watch is a specially adjusted to a higher level of precision to +/- 15 seconds per month or +/- .5 seconds per day. The oscillating weight is also decorated in a 18k gold Grand Seiko lion to symbolize the enhanced accuracy here. Before the Sports collection was launched this year, the 9R15 calibers are usually only featured in gold or precious metal watches. To have the 9R15 in titanium makes it very attractive to collectors and can be considered a great value for buying a specialized Spring Drive.
For availability and more details:
https://www.caratco.com/products/grand-seiko-godzilla-sbga403-limited-edition-65th-anniversary